I was playing around with modeling wave forms with OpenSCAD and ended up creating a series of physical representations of wave interference.

The image above shows the first model I made. It demonstrates the interference patterns that occur over time when two waves of equal magnitude, but out of sync meet while traveling in opposite directions. Here is a 2-d version of the same pattern:

With the two wave out of sync, there is a point (shown by the red dot) where complete destructive interference occurs. If these were sound waves, a microphone positioned at the red dot would not pick up any sound. If they were light waves, that point would be dark.

In the physical representation the wave the waves are propagating towards each other and time from front to back: 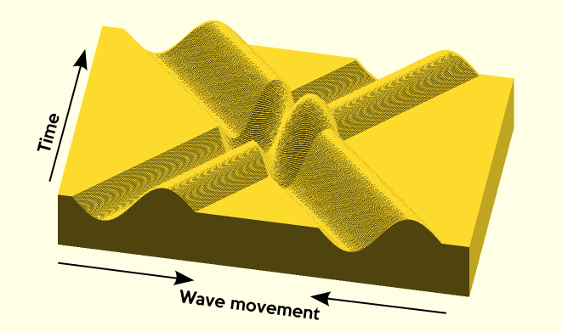 I also sliced and printed the model for two color printing to use color to highlight the point in space where no movement occurs: 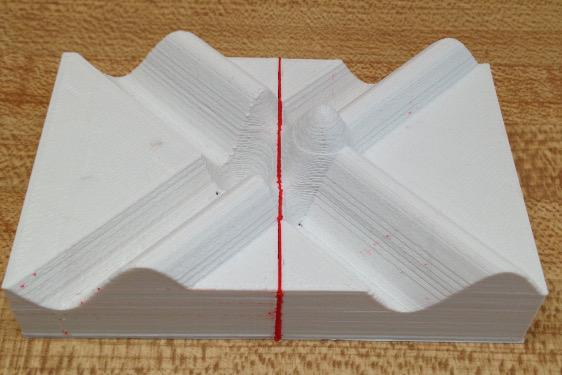 The next model I created shows the same two waves moving towards each other, but one of them is shifted so that they are in sync when the meet. Under these conditions the crests and troughs add to each other and constructive interference occurs at the point where the two waves meet. 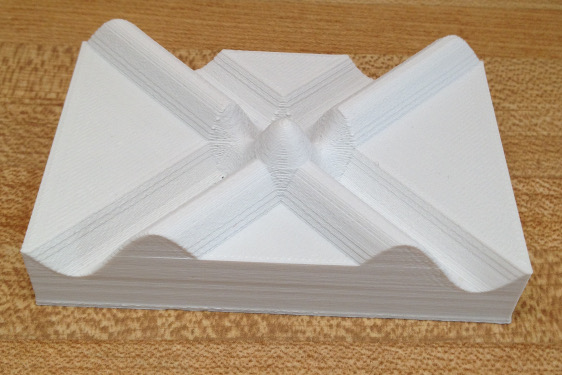 The two color version of this model has the red line highlighting the point in space where the maximum amount of constructive interference occurs: 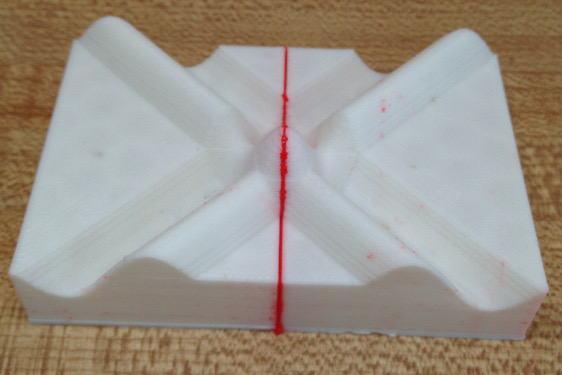 In fact, I didn’t really need to create two different models. With the parameters used to create these surfaces, switching axes changes the relationship between space and time. That is, rotating either model 90 degrees, turns it into the other model. 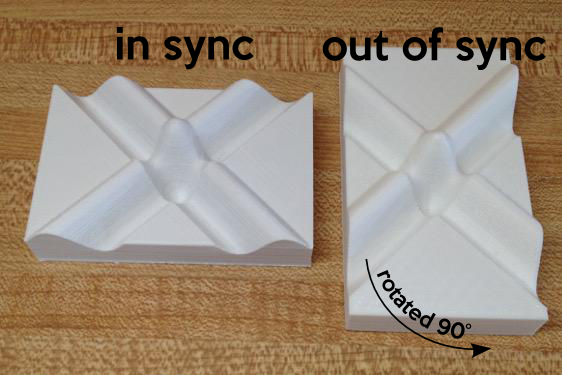 The single color stl files are available for viewing and download from github:

Do NOT follow this link or you will be banned from the site!