According to NOAA, this past May was the wettest month on record for the the US. The distribution of rain was not uniform. Parts of the central US received 2 to 3 times as much rain as usual while precipitation on the most of the East and West coasts was below average.

The image above (downloaded from the National Weather Services Advanced Hydrological Prediction Service website shows this pattern clearly. The record breaking levels of precipitation was driven by the incredible amounts of rain that fell in Oklahoma and Texas. In the Northeast, where I live, we had an unusually hot and dry month.

I was interested to see how this data would look as a physical representation. So, I downloaded the May 2015 departure from normal data. Using QGIS and a few other .shp files, I was able to create the following (beautiful) raster image: 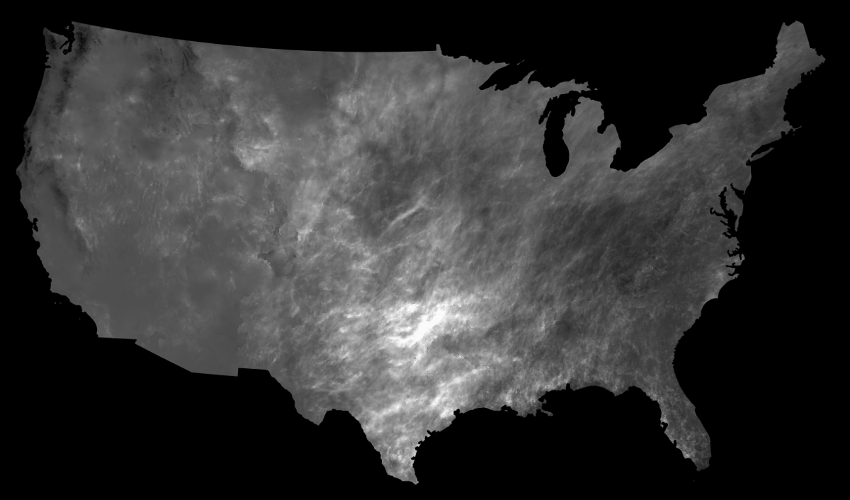 This grey scale image made it relatively easy forward to use OpenSCAD‘s surface feature to create a detailed 3D-representation of the data: 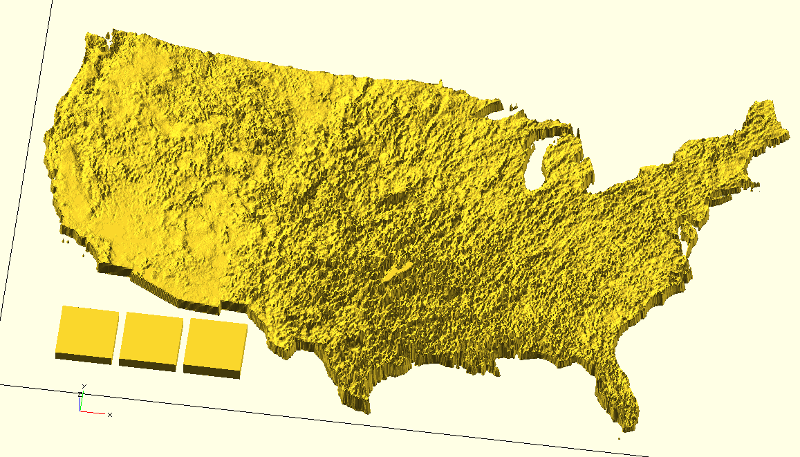 … and print it in a single color: 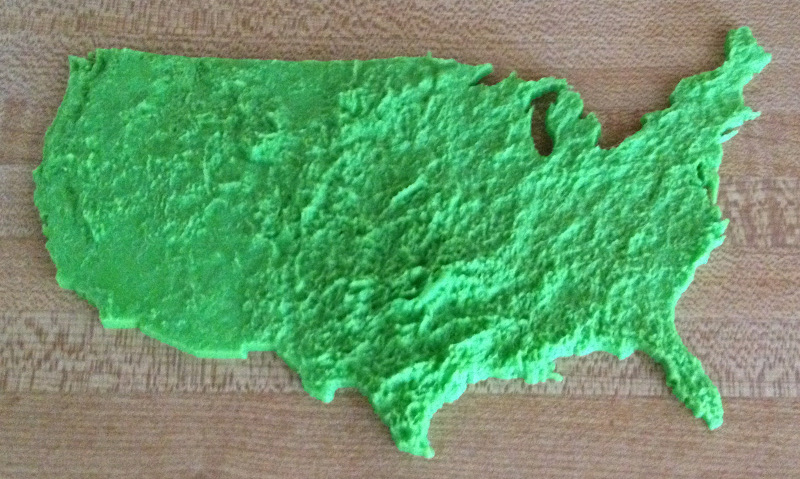 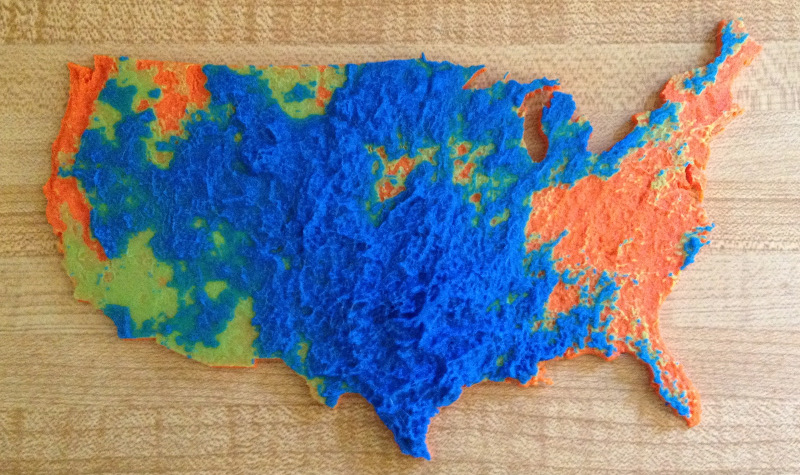 I really like the end result. Using my printers pause feature and  thee different colored filaments, I was able to make a physical representation of May 2015 rainfall differences in the US

I am impressed by the resolution of the physical model. The blue region shows variations in rainfall across Texas, Oklahoma and Arkansas. The very low relative rainfall amounts in California, Washington state and the Northeast are also easy to see.

Do NOT follow this link or you will be banned from the site!